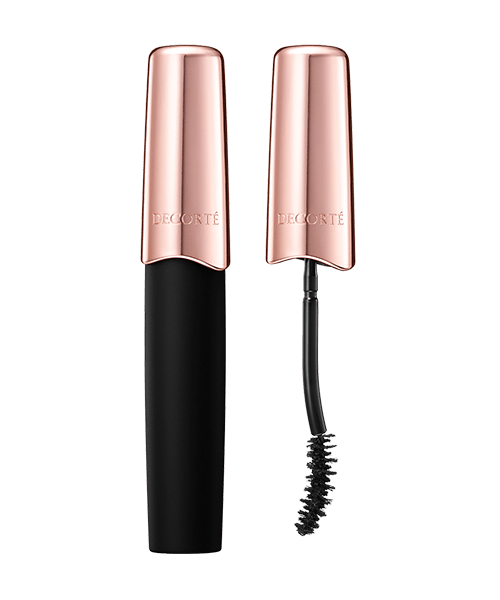 Get naturally long and supple curls that last. A film-type lengthening mascara that gives eyes a look of sophistication.

With two types of fibre for a natural lengthening effect
It contains both "long lash" fibres that attach along your lashes, and "rich lash" fibres that adhere in a spiral shape. These two fibres intertwine as they stick to lashes, creating a naturally-beautiful lengthening effect that looks just like your own lashes, but longer. Curl-preserving effect, for a sophisticated look that lasts
The formula includes a newly-developed core shell-type polymer resin that's both pliable and strong. This gives your eyes a sophisticated look while enhancing and maintaining your curls with a flexible layer of mascara.

Apply an appropriate amount by moving the brush along your lashes from the base to the tip. To remove, first massage with warm water, then rinse whilst gently grasping lashes between your fingertips. Film-type allows for easy removal layer-by-layer.

Items in the same product line

Viewers of this product also viewed